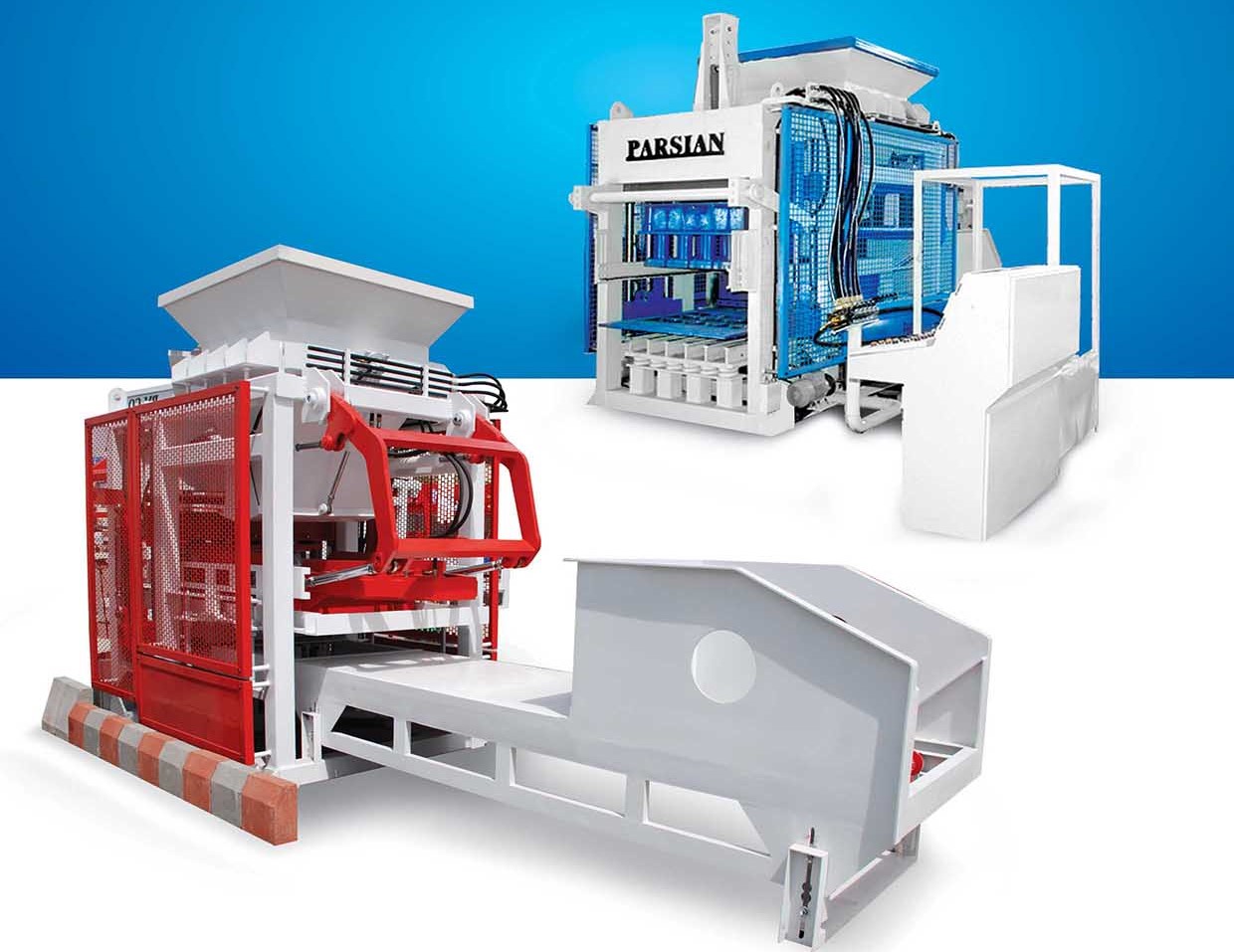 Automatic Concrete Block Machine TP.RN1518 II Double Packet can produce different kinds of concrete parts (curbstone, block, paver ‘ interlocking bricks ‘, flower box). It is presented in two types (single packet and double packet). The production capacity in the double packet system is %10 more than single packet , and the other difference is in the dual–color production capabilities of the double packet system.
The TPRN1518 I (single Packet) can produce only one color products and the TPRN1518 II (double packet) can produce one color and two color products.
The advantage of double hopper is that the downward part of paver consist of the coarse-grained materials to increase the compressive strength of the flooring and the upper part consist of fine-grained materials because of the beauty of the product.
This machine is automatic. It is also possible to upgrade to full-automatic machine