Automatic Concrete Block Machine KAD1500 , a very solid system with high performance is designed and manufactured by Parsian Machine Sazan Tabriz. This single task system is used for producing block. The obvious feature of this machine is the high capacity of the block production. This movable system is also capable to produce different kinds of ceiling block, wall block, partition block by using sand, pumice, leca.

This Automatic system has loader and silo. The mould and matrix (shoulder) are moved by jacks. It consist of a loader which can do the action of feeding the moulds automatically .In silo section, the concrete feeding action is not performed manually. In every feeding time, it can produce 142 blocks. All the process such as filling the mould, feeding action and running around in the production band are done automatically. The role of human resources is very low and the system is able to do the production process just by one person to change the mould.

This movable machine has also controlling part, eight set of curbstone mould, six set of block mould with one electro-vibration and two hydraulic vibration, which simultaneously carry out the vibrating and hydraulic press. Maximum used surface in moulds is 126*100 cm (20, 30 H).

The specification of parts used in KAD1500:

Equipped with four set of rotational oily vibrator,each of which is powered by a generator with 2 HP (horse power).

The generator of the machine KAD1500:

One 3 hp generator for moving

One 10 hp generator for hydraulic system

One 3 hp generator for turning around automatically 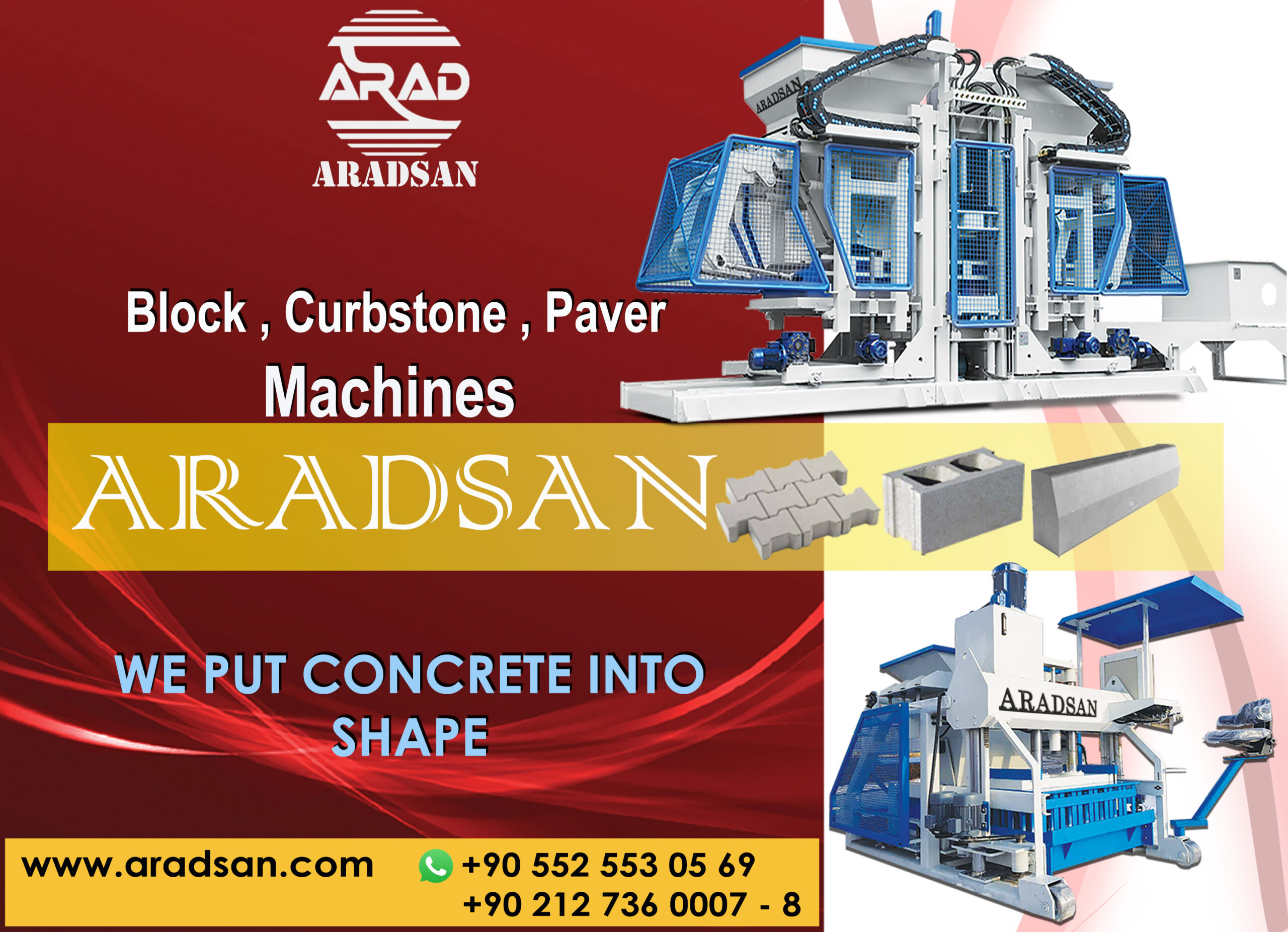